A total of 15 teams in two divisions played handicapped games to claim their diploma (trophy). Graduating at the top of their glass for the A division was Jim Payne & Andy Priedhofen. Second place went to Cotton Walker & Justin Sparks. Third place was landed by Jim French & Robert “Cowboy” Wade.

Saturday morning a 50/50 lag off contest of 18 participants commenced with Bryan Sartain as the winner. The other 50% went to the ladies auxiliary for providing the tasty food to keep the players nourished.

An AB draw finished off the commencement shuffleboard weekend with Gary Sevey and Craig “Doc” Bendickson as first and Jerry Romay and Keitha Ellison taking second.

Thanks to the Eagles Lodge for supporting the shufflers. The hospitality, friendship and facility are tops in our class. 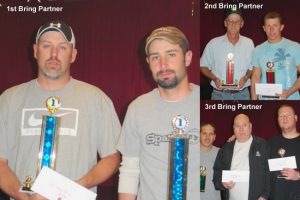 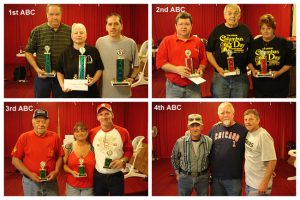