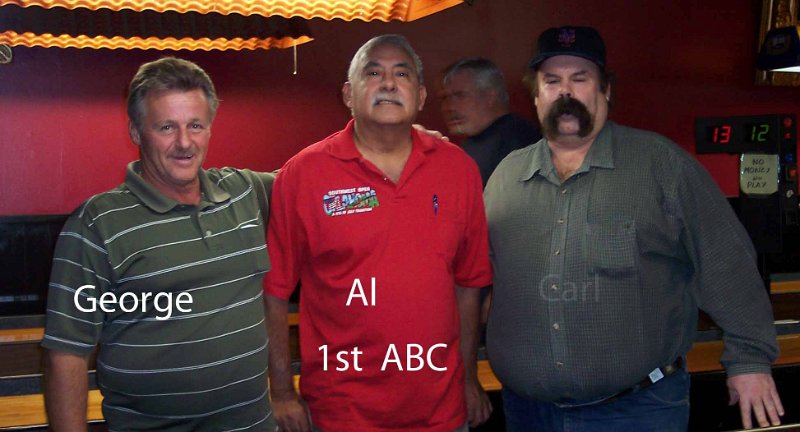 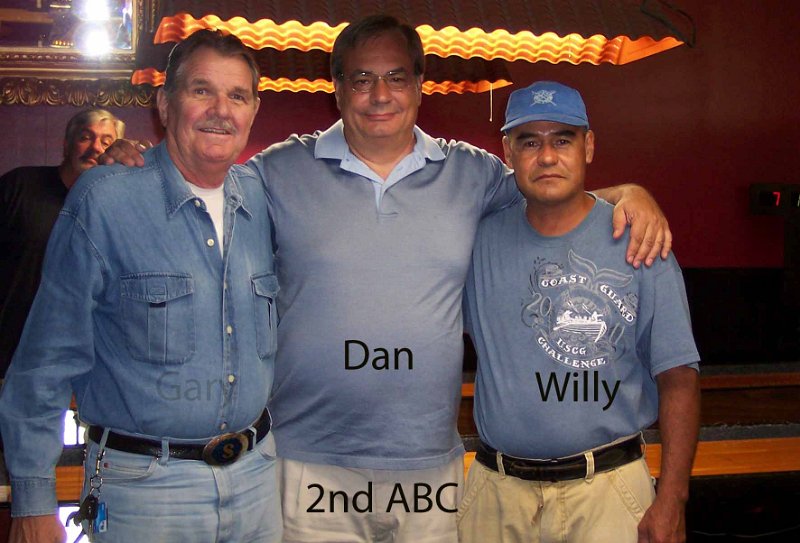 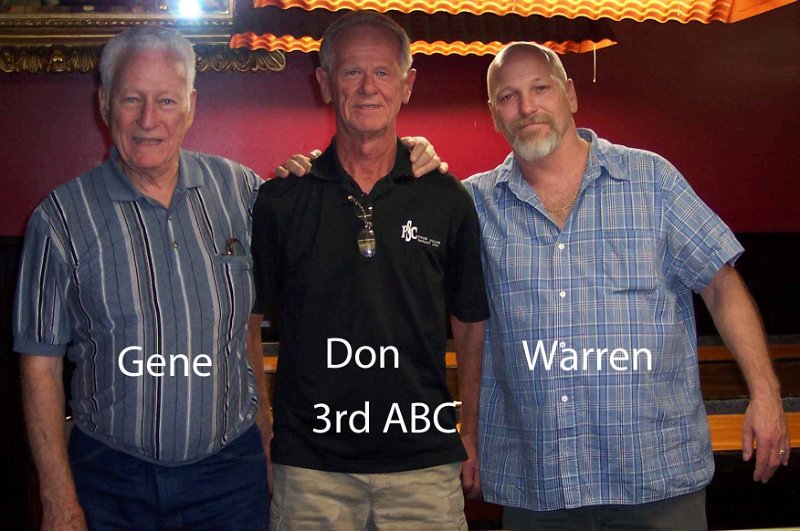 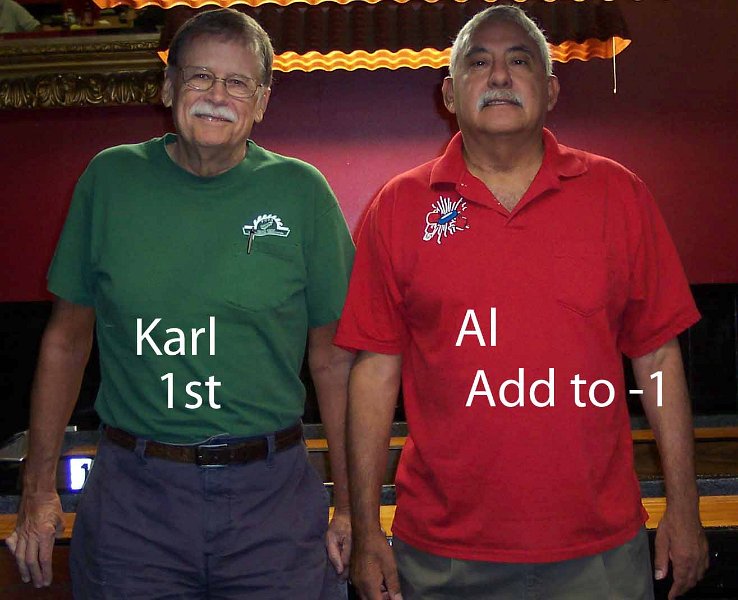 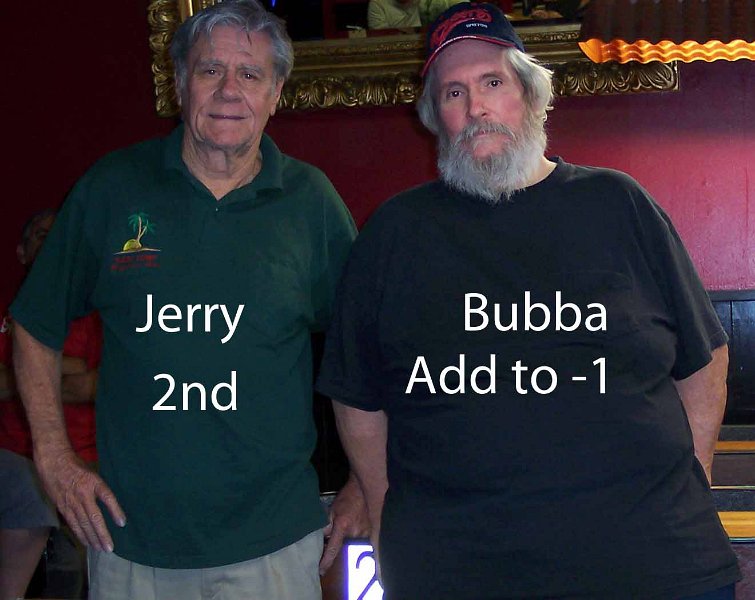 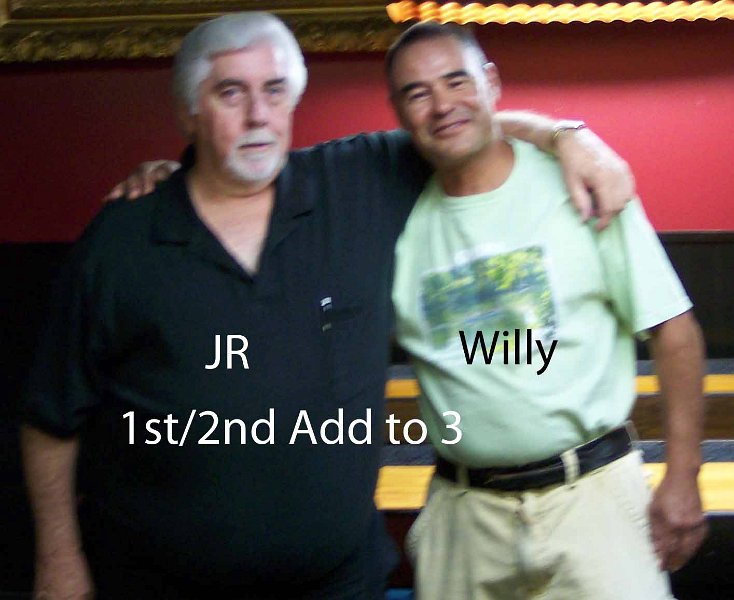 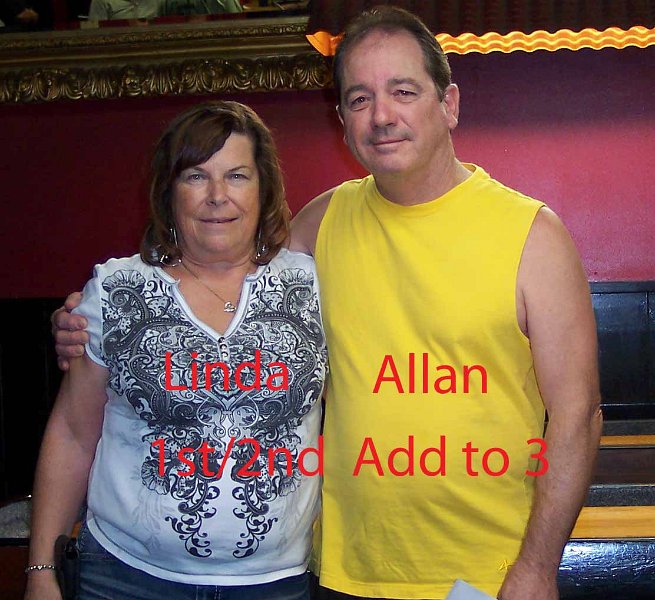 Many thanks to the Cocktails Anyone? owner for donating the $850 added prize money (also thanks to Joanie Healey for sweet-talking him into doing so). Thanks also to the people who brought food. Kudos to Bubba Warren for organizing this tournament. Charlene Goldsmith donated a diamond ring to be raffled for the benefit of Bob (Freehand) Ruiz who lost his son. The raffle generated $460. A special thanks to all the people that traveled from far off places to make this a nice tournament.