Oscar’s annual tournament on Labor Day was a huge success. With 61 registered players from all over the southwest, this tournament was a great way to end the summer.

Before I get to the results, I have some business I need to tend to. First of all, I must apologize to the teams of Jim Martin and Wendell Herbison. During their match I was asked to make an official call, and due to my misunderstanding of a rule, I made the wrong call. For that, I am very sorry. I realize that the outcome of the match was not greatly affected by the call, but could have been costly if the game had been decided differently.

Next, we spend time always saying thanks to people who give so much time and effort in the background of tournaments, but seldom do we include pictures of these people who help so much. So, below is a picture of Bonnie Trumbo and Jan Manes. We all owe them a great debt of gratitude for all the work they did to make this event such a success. From the great food that was put out, to the selling of tickets for raffles and helping in cleaning, these two ladies were of such importance to the success of this tournament that a thank you is just not enough.

We also owe a thank you to Rich, (Bubba) Warren for his work over the weekend and leading up to the tournament. Bubba is the driving force behind the success of this tournament. He is sure to have the boards ready, the help lined up and the format set to make things go smoothly.

There are more people to thank, which I will include at the end of this writing. For now, I will get to the results.

Our first event was the ABC as is tradition. We had a double dip winning team of Grant Manning, Vern booth and Ritchie Eshilian defeat the team of Timmy O’Brien, Gene Smith and Teresa Clark to take home the prize. Ritchie is a new player to the game. He played very well for his first tournament. I am sure we will be seeing him for a long time to come. This final went six games to complete.

Third place in this event was the team of Charlie Gates, Kathy Thomas and Denise Bailey, all players from out of town that played very well. Kathy Tomas is playing a very strong game and I felt she needed to be recognized for that. Great job all of you.

The forth place team of Cindy Clark, Alice Arredondo and Allen Snow made a strong showing. Again, an out of town team that played very well. Considering all the marriage proposals Cindy Clark received, it is amazing she could concentrate as well as she did.

Our fifth and sixth place teams were Bob Hunt, Duane Maxwell and Ralph Eldrige, and the team of Paul Obermiller, Jeff Posthumus and Susie Jones. As you can tell we had a lot of players from out of town join us. We truly appreciate your support and were grateful for your being here.

The ABC had a prize pool of $6000.00. Congratulations to all who placed and thank you for all players in this event.

Taking first place honors was the Arizona team of Tony Appell and Duane Maxwell. They double dipped the second place local team of Craig Amundson and Bill Landress. Bill played a very strong game and deserves to be recognized for that. As for Duane Maxwell, I know if I had to play him in his pink outfit, I would have lost to him as well. He won the award for most outrageous everyday wear for the tournament.

Taking third place was another Arizona team. Cindy Clark and Lewis Bailey played a very good game. So nice to see out of Towner’s competing so well in this tournament. Forth place went to J.R. Noel and Jeff Posthumus. J.R. played very well. He just needed a partner to hit one damned weight. Hey, I’m still learning. Good job guys.

Rounding out the doubles with 5th and 6th were the local team of Phil Gardner and Dan Childs. This team played together and cashed in Exeter over the forth of July as well. The other team was from Arizona as well. Bud LaChapelle and Paul Obermiller played well together. All of these teams deserve to be recognized for their outstanding play.

This tournament was a huge success due to the help of all our volunteers. I will try to get everyone. Of course I already thanked Jan and Bonnie above, but again, you two made such an impact on this tournament, enough thanks cannot be said.

We would also like to thank Susie Jones, America Ugarte, Paul Webber, Jim Martin, Bar Bob and all the servers who worked so hard for the success we enjoyed. America stood in for her husband Oscar who is out of the country. Paul always does a great job for us in the auction and support of our events. Paul is truly an ambassador of the game and we much appreciate his help. Jim Martin is always there for us with his camera and video. We thank him for his support and the picture taking. Susie Jones is our go to girl for the money collecting and counting. We are always happy to have her on our team. Bar Bob takes care of our boards for us and makes sure the room is clean each day before play begins.

We would also like to thank all of the people who brought food and desserts for us to enjoy. This is a big part of what makes these tournaments so successful, people willing to help.

Finally, we had a fund raising effort during our weekend. As many of you are aware, John Fisher, a true friend and great player, lost his sister to illness last month. All who knew Chrissie loved and cared for her. She will be missed by all of us. John is a special friend and competitor. We had a set of Triple Crown weights and a weight case donated to be raffled off with the proceeds going to John to assist him in his time of need. We were able to raise $850.00 to give to John. John, our prayers and friendship are with you always. The weights were won by Oscar Ugarte.

We also had a 50/50 drawing that raised $250.00 for the California Shuffleboard Hall of Fame. The Hall thanks you all for your continued support and for the support of all the events that happen throughout California and the Western US.

Thank you all for coming out to this event. We will be working hard over the next year to make this event even more fun and challenging. Of course if anyone have any ideas on how to make an event like this more successful, all input is appreciated.

Again, thank you and Godspeed. 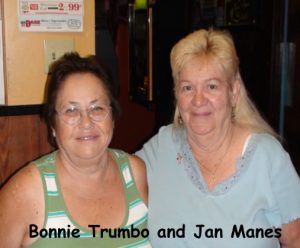